At alvernmedia, a wide variety of advertising spaces can be booked at petrol stations. In addition to the already established advertising formats FillBoard™, DoorMedia™ and RoofMedia™ as well as different types of screens (Fuelscreen™ or Petrolscreen™), alvermmedia also offers FloorGraphics, flyers, banners and many other services for advertisement at petrol stations.

In Germany, more than 7,000 petrol stations are equipped with FillBoard™, the advertising medium at the petrol pump. This corresponds to approximately every second petrol station in the Federal Republic. With an average of 5 refuellings per month, the repeated contact generates a lasting engagement between customer and advertising message. FillBoard™ is an interactive advertising medium, in the hands of the target group with little visual distance to the advertisement. The high contact intensity is mainly generated by the waiting situation during the refuelling process, where the customer can relax.

The DoorMedia™ advertising medium, where the shop entrance doors are covered with a perforated film, attracts a high level of attention through the moving automatic doors. Shortly before the purchase situation in the shop, customers are activated and made aware of products. Especially for impulse buyers, this advertising space offers a final effect before entering the shop.

RoofMedia™ offers a particularly high level of attention. The large inflatable objects on the roof of petrol stations not only attract the gaze of petrol station customers but also that of passers-by. The individually branded inflatables set the campaign impressively and effectively in the streetscape. 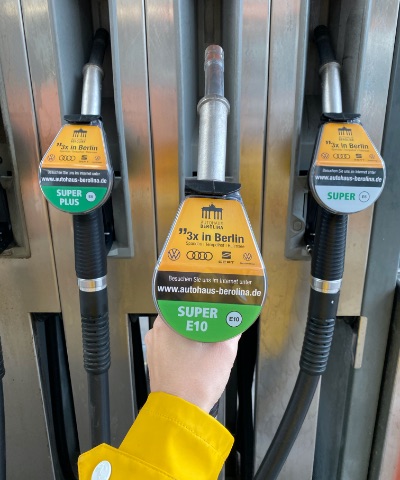 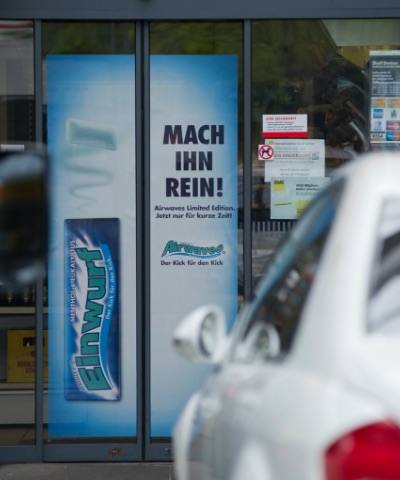 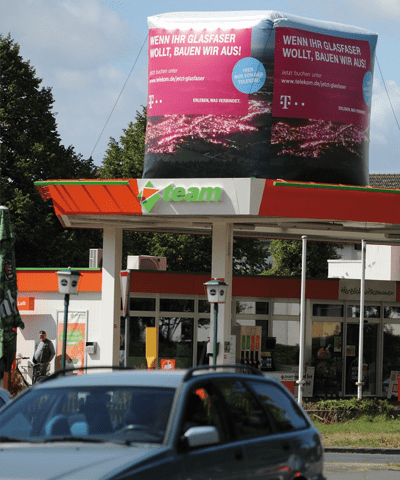 Over the past years, petrol stations have become an everyday supply point and are used for more than just refuelling. In addition to the sale of fuels, the offer is supplemented by services such as car washing and repair or maintenance work, and the optimisation of shop concepts is becoming increasingly important. By selling food and beverages, tobacco products and magazines, petrol stations have become reliable contact points for customers, especially on Sundays. It is a place of constant return for all motorists, especially commuters and frequent drivers who spend a lot of time in the car and on the road and see petrol stations as a break from stressful road traffic.
Petrol stations are high-contact advertising platforms with a strong recall value of advertising messages.

The longest part when visiting a petrol station is the refuelling process, during which alvernmedia´s FillBoard™ is directly in the customer´s field of view. The nationwide coverage, even in smaller towns and rural areas, offers customers the opportunity to implement campaigns regionally and locally.

Alvern Media GmbH represents innovative advertising at petrol stations since 1997 and was able to integrate itself as an essential part of the market. With its FillBoard™, the advertising medium at pump nozzles, Hamburg-based Alvern Media GmbH has established itself in 41 countries worldwide. In addition, alvernmedia was able to expand its portfolio with DoorMedia™ (door graphics) and RoofMedia™ (inflatables on the roof of petrol stations).

In the German-speaking market (Germany, Austria, Switzerland), alvernmedia markets more than 171,000 advertising spaces; across Europe, the company has about 600,000 advertising spaces. While the German-speaking market is coordinated from the office in Hamburg, the global business is handled locally by subsidiaries and licensees.
Alvernmedia’s excellent coverage in Germany consists of over 7,000 petrol stations equipped with FillBoard™. This corresponds to approximately every second petrol station in Germany and coverage of almost all districts. The non-marketed petrol stations can be used by oil companies and petrol station partners to promote their products, such as coffee, car washing facilities and fuel cards, or image campaigns.
In addition to the wide-reaching medium FillBoard™, the eye-catching media DoorMedia™ and RoofMedia™ can be used at stations of different oil companies throughout Germany. With these three formats, both metropolitan and rural regions can be covered, and thus even those regions where there are hardly any other forms of advertising.

Due to the extensive experience and personal contact with the oil companies and dealers, alvernmedia ensures reliable and high-quality campaigns. In addition to the main advertising formats FillBoard™, DoorMedia™ and RoofMedia™, further services such as flyers, floor graphics, Fuescreen™ or Petrolscreen™ can also be booked.

More than 25 years ago there was a simple idea: to make the high contact situation of refuelling usable for advertising. Since 1997, alvernmedia has been a part of the market around petrol stations and has established the FillBoard™ advertising medium as the preferred advertising space on forecourts. Throughout the years, the initial idea of pump nozzle advertisement has developed into further forms of advertising all around the touchpoint petrol station. Today, alvernmedia cooperates with numerous partners, oil companies and petrol station operators at home and abroad.

The touchpoint petrol station offers a mobile, educated and affluent target group. You will meet about 75 % of professionals, many commuters as well as business travellers. Thanks to the different advertising formats from alvernmedia’s portfolio, not only the metropolitan regions are covered, but also the rural areas where there are hardly any other advertising options. Customers are reached by the unmissable one-to-one interaction of FillBoard™ and the reinforcing impact of DoorMedia™ directly before their purchasing decision and are thus encouraged to make impulse purchases. 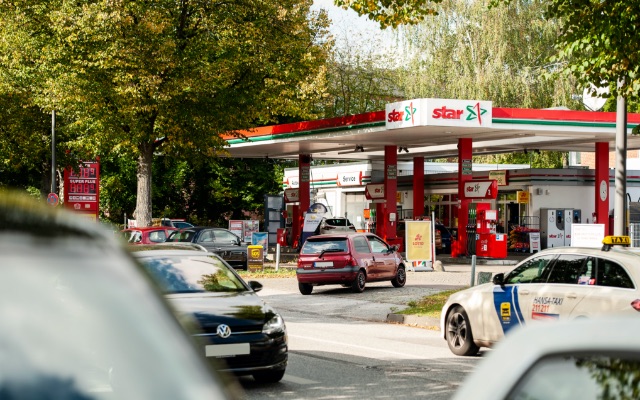 Alvern Media GmbH is represented globally through its subsidiaries and licensees. For more information on international capabilities and contact details, simply click on the map. 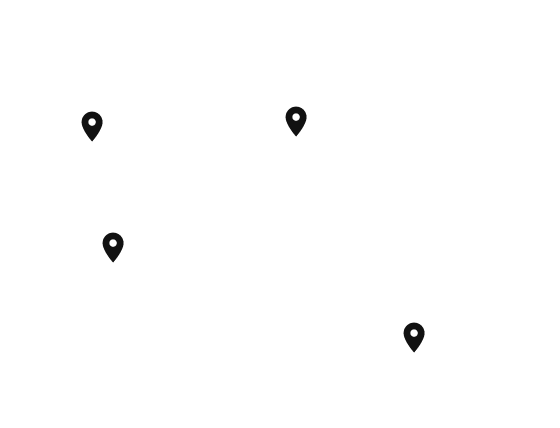 You can download the technical data for FillBoard™, DoorMedia™ and RoofMedia™ here. The current media data and the print template for the FillBoard™ advertising medium are also available. Further information or detailed offers will be sent on request via the contact form. 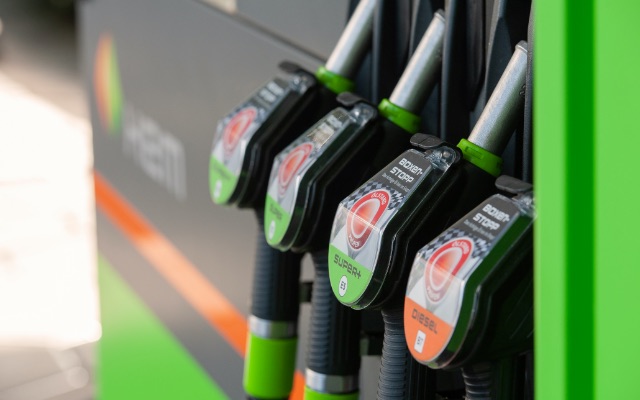 The alvernmedia team is always available for open questions, quotation requests or other concerns. Enquiries via the contact form will be answered as quickly as possible.